The Kibale Chimpanzee Project is based in Kibale National Park, just east of the Ruwenzori Mountains in south-western Uganda. The park, established in 1993, and managed by the Uganda Wildlife Authority, encompasses 795 square kilometres of primarily moist evergreen and semi-deciduous forest. Kibale’s rich ecosystem is highlighted by diverse populations of birds, butterflies, and mammals, including 13 primate species. Kibale is home to more than 1200 East African chimpanzees. Five chimpanzee communities have been fully or partly habituated to humans for research or tourism. The Ngogo Chimpanzee Project, follows two communities located in the center of the park. A large wildlife corridor links Kibale to Queen Elizabeth National Park, where herds of African elephants roam freely between both sanctuaries. While the park’s plethora of primates is undoubtedly its main draw, Kibale is also home to other (more elusive) animals such as leopard, buffalo, duiker, and bush pig. Bird lovers will be mesmerised by the park’s 325 recorded bird species and a hard day exploring is best topped off with a cup of coffee made from the park’s wild Robusta coffee tree. Kibale is highest at the park’s northern tip, which stands 1,590m above sea level. The lowest point is 1,100m on the floor of the Albertine Rift Valley to the south.

Kibale Forest National Park is one of the best safari destinations in.

The most popular of these are the chimpanzees with over 1450 individuals.

Kibale National Park is suited in the western part of Uganda and covers. 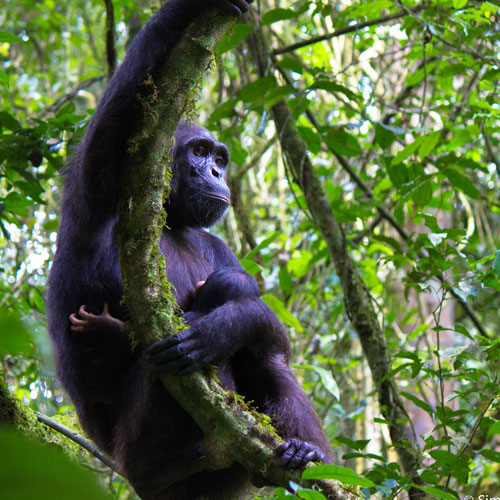 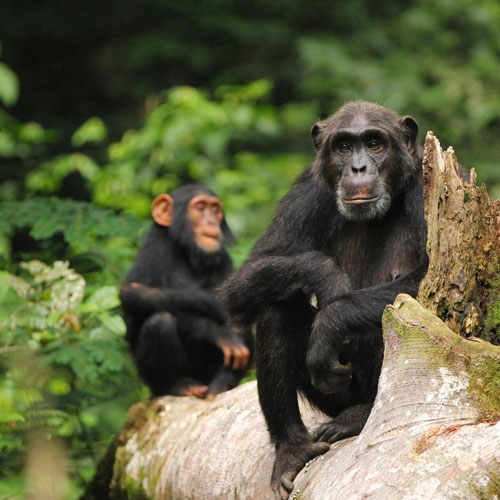 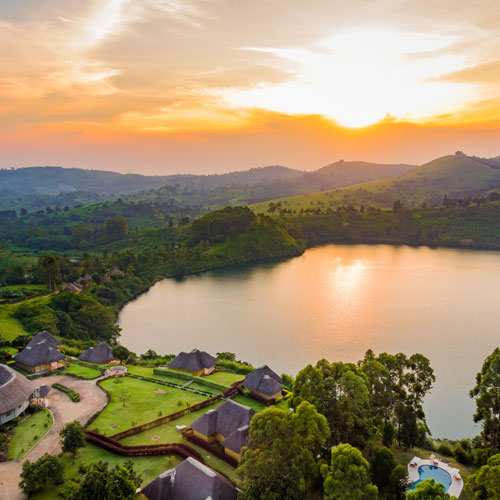 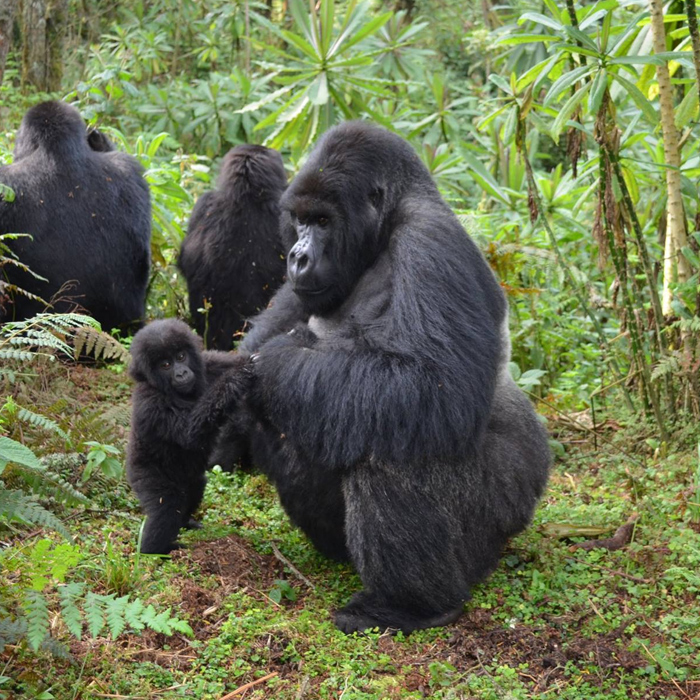 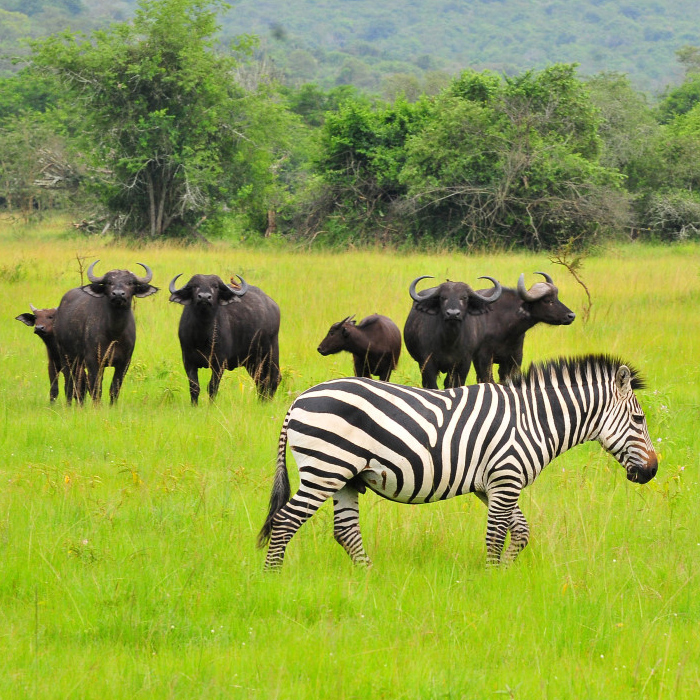 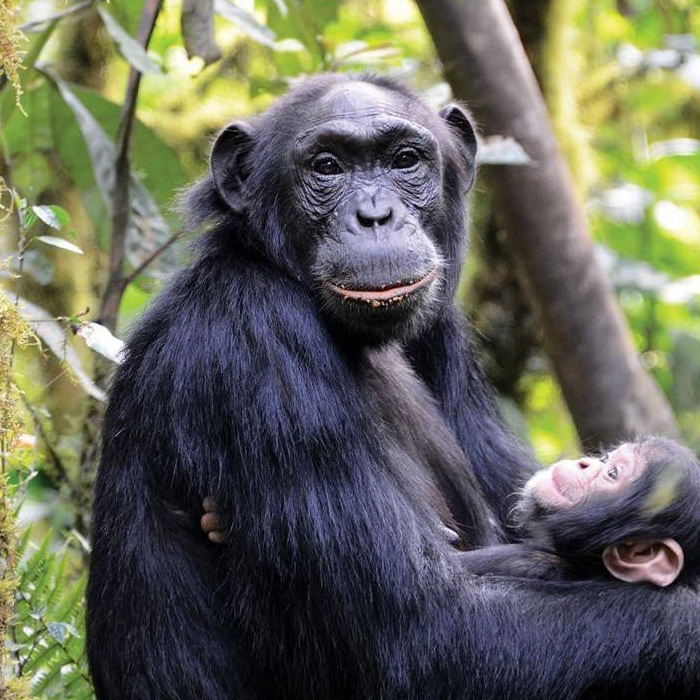 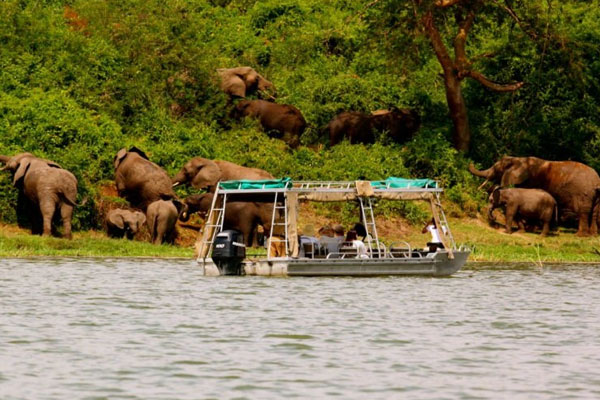 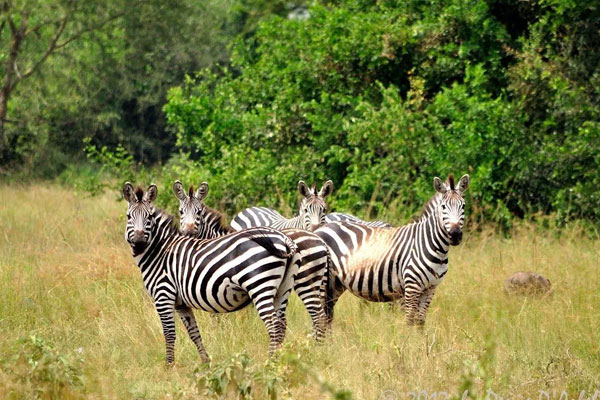 The most popular of these are the chimpanzees with over 1450 individuals living here making it the best destination to enjoy a Chimpanzee Tracking Tour. In addition Kibale is home to the uncommon L’Hoest’s monkeys, East Africa’s biggest population of the endangered red colobus monkeys, the black & white colobus, red tailed monkeys, blue monkeys, olive baboons, grey cheeked mangabeys, bush babies as well as potto among many others. There is a number of other wildlife in Kibale National Park however they are hardly seen. These consist of buffaloes, leopards, bush pigs, elephants, and duikers. A keen viewer may also be able to spot some amphibians, reptiles and a variety of colorful butterflies.

Kibale National Park is suited in the western part of Uganda and covers an area of about 26km south-east of Fort Port. Kanyanchu river camp is well known to be the heart of tourism activities and this is easily accessible from Kampala from the North through Mubenda as well as Fort Portal. In the southern part, you can use Mbarara or Kamwenge road to get to the park.