One of the oldest rainforests in Africa, Nyungwe is rich in biodiversity and spectacularly beautiful. The mountainous region is teaming with wildlife, including a small population of chimpanzees as well as 12 other species of primate, including the L’Hoest’s monkey endemic to the Albertine Rift. With 15 trails, some of which are detailed here, along with various other activities, visitors can choose to sample the delights of the forest or indulge themselves for a week or more in one of Africa’s most stunning forests. Primate tracking tops most visitor’s list, but it’s worth lingering a little longer for those with time to relax and take in the primal atmosphere. Botanists will marvel at the 1,068 plant species and 140 orchids. The birdwatching is among the best in Africa with 322 bird’s species including Red-collared Babbler and 29 other Albertine Rift Endemic species. Butterflies are also a common sight, with at least 120 species. There are 75 known mammals in Nyungwe, such as the cerval cat, mongoose, congo clawless otter and leopard to name but a few. Many tend to be shy so sightings are luck of the draw.

Remote pristine forest in the southwest corner of Rwanda.

The biodiversity of the flora attracts hundreds of butterflies.

Kigali International Airport (KGL) will be your entry point into Rwanda. 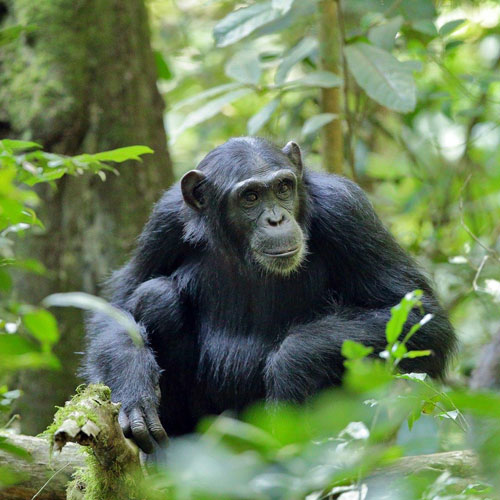 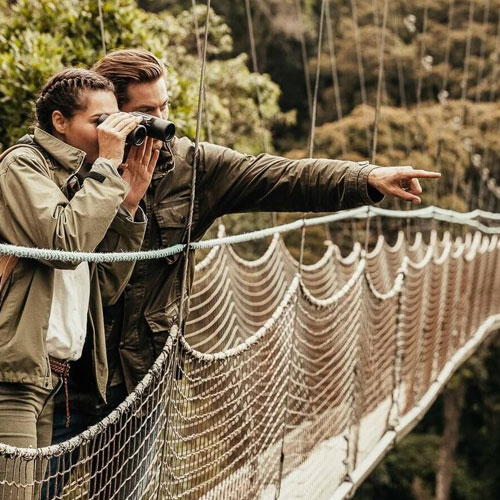 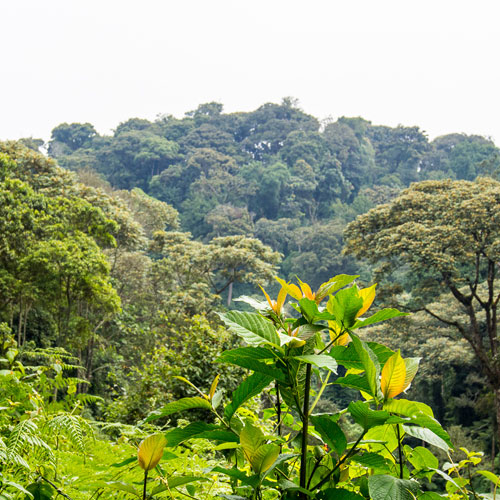 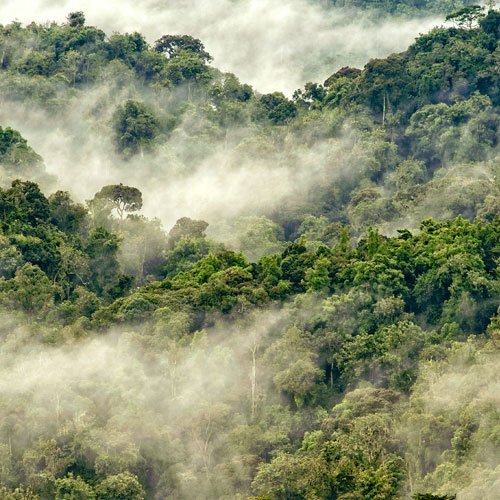 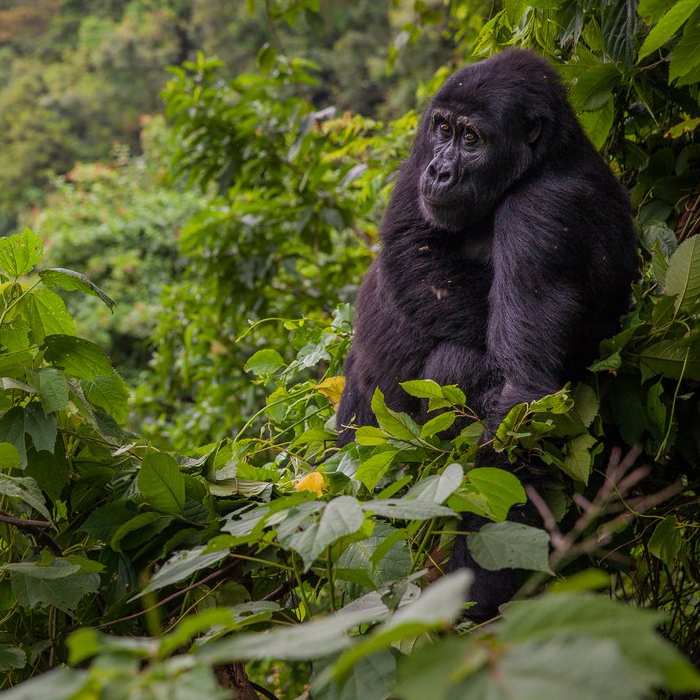 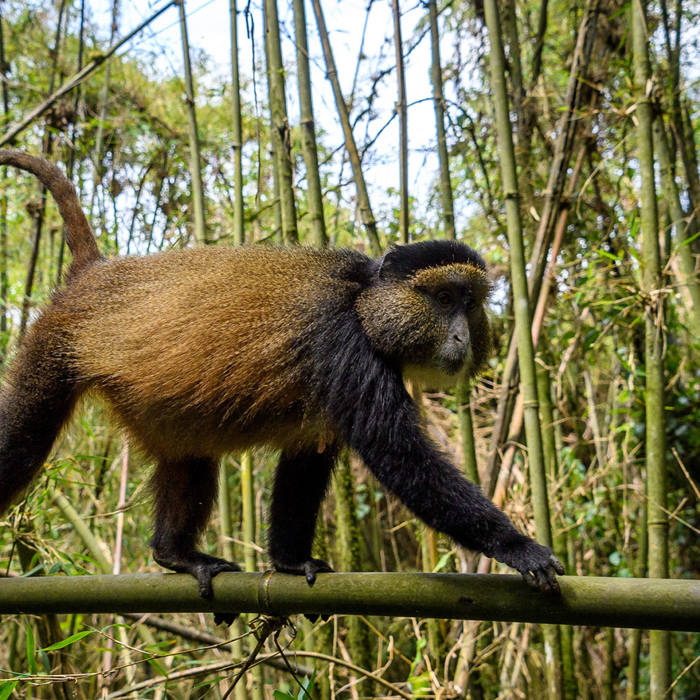 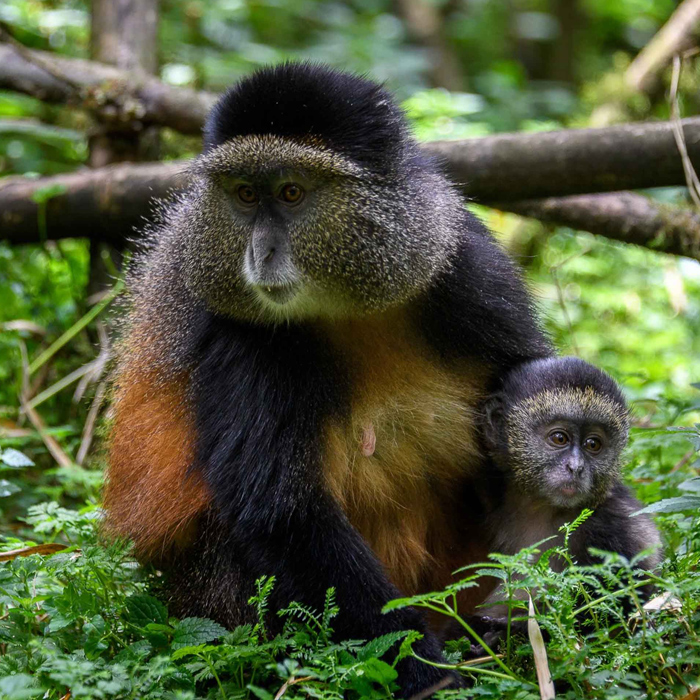 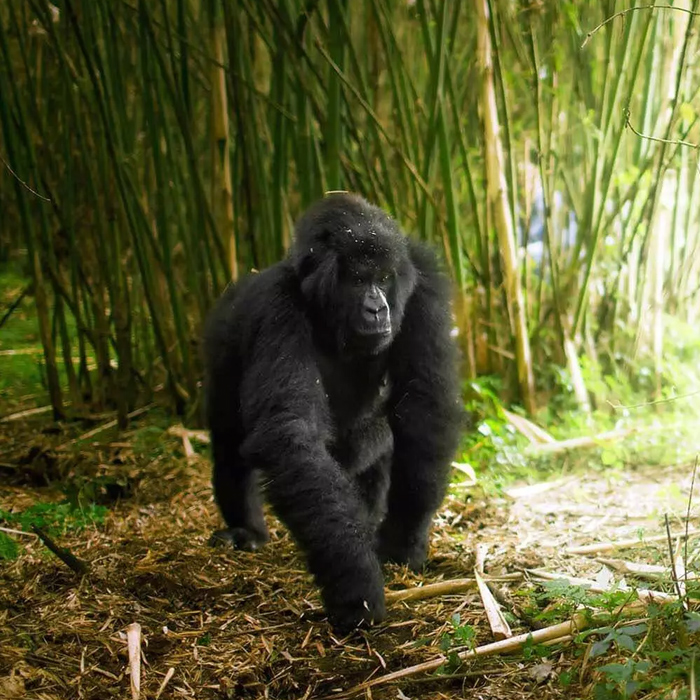 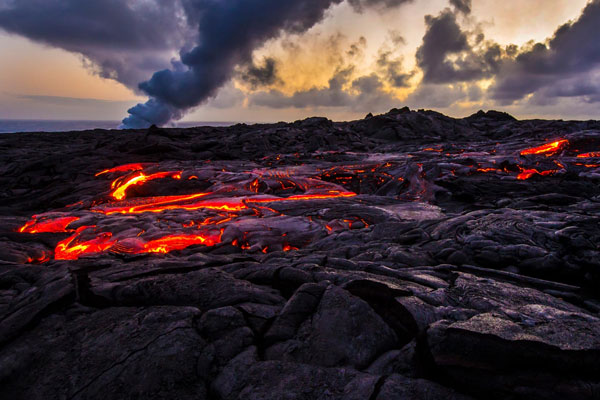 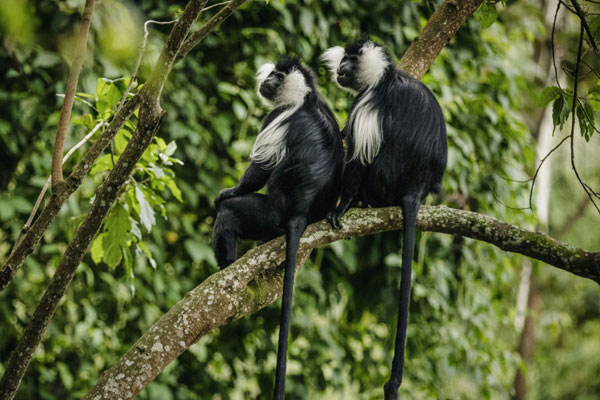 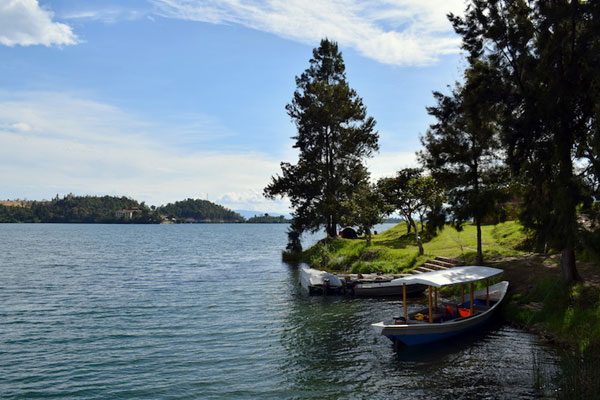 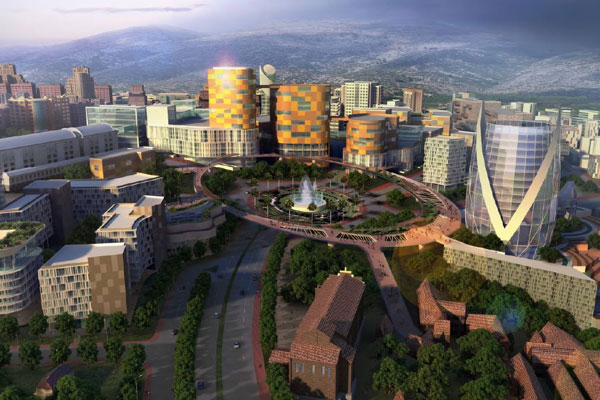 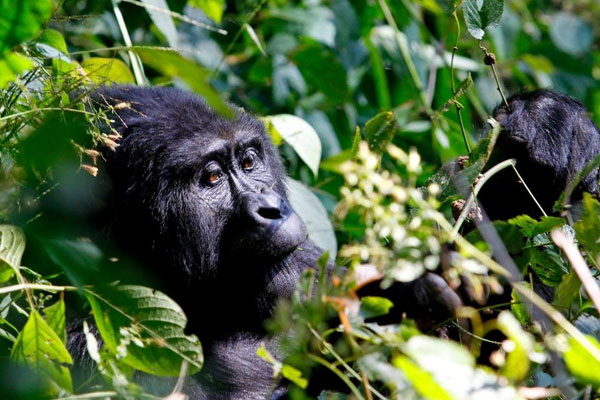 The biodiversity of the flora attracts hundreds of butterflies and other insects and no fewer than 275 bird species there is something for everyone. Thirteen different primate species live in this region, including chimps and black & white colobus monkeys. Nyungwe Forest National Park attracts travellers for many different reasons. Whether it’s primates, botany, birding or adventure that interest you, you are in the right place.

Kigali International Airport (KGL) will be your entry point into Rwanda. It is about 10km/6mi from the capital, Kigali. Nyungwe Forest NP is in the south of the country 200km/124mi from Kigali, 87km/54mi from Huye and 55km/34mi from Rusizi. The drive takes about four to five hours from Kigali, two to three hours from Huye and about one hour from Rusizi. Usually, Nyungwe Forest is visited as part of a 4x4 tour around the country with a driver-guide. Akagera Aviation offers charter helicopter transfers to anywhere in the country, including Nyungwe Forest.